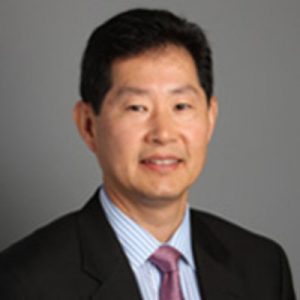 A respected member of the medical community for more than 20 years, Theodore Kim, M.D., has enjoyed building a close rapport with physician colleagues and patients alike. After graduating from the University of Maryland, College Park he went on to pursue his medical degree from University of Maryland School of Medicine in Baltimore. Before joining Maryland Digestive Disease Center, Dr. Kim founded his own private practice in Bowie, Md. in 1990.

Throughout his career, Dr. Kim has been committed to both medical and community service. He has served as chief of gastroenterology and as a medical executive committee board member at Laurel Regional Hospital and was appointed to the Equal Business Opportunity Commission by the Howard County Executive from 2001-2005. He has been very active in the Korean American Medical Association where he served as president in 2007. Additionally, in 2006 and 2008, Dr. Kim organized two medical mission trips to Lima, Peru, to support a local clinic.

Dr. Kim enjoys an avid interest in golf, so much so, that he served as a board member on the First Tee of Howard County! He and his wife, who previously worked in the computer science field, have lived in Howard County since 1993.

Fellow of American College of Gastroenterology