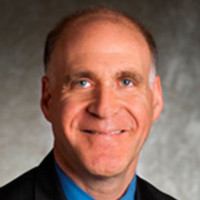 A Maryland native and graduate of the University of Maryland, Jeffrey Bernstein, M.D., went on to pursue his medical degree at The George Washington University School of Medicine and Health Sciences. Although his years of practice have returned considerable expertise in endoscopy and management of the broad scope of gastroenterological disorders, it is the patient interactions that he has found the most rewarding. For over 20 years, he has valued the ongoing close relationships with patients of all ages, stating, “One of the great aspects of being a gastroenterologist is taking care of all kinds of patients in both the outpatient and inpatient setting and from the walking well to the critically ill.”

As a young partner, Dr. Bernstein helped set up his group’s endoscopy center and has served as its medical director since 1993. He has also served as section chief of gastroenterology at Washington Adventist Hospital since 1995. Since 1998, he has been actively involved with the national organization, AAAHC (Accreditation Association for Ambulatory Health Care), as a center surveyor and a member of several focused committees. Additionally, he is a member of the Physicians Advisory Board for AmSurg.

Dr. Bernstein’s wife, Judy Chernoff, is also a physician in Internal Medicine. They live in Laurel, Md., and have two sons. Dr. Bernstein has many outside interests, including martial arts, in which he holds first degree black belts in both Tang Soo Do Karate and Danzan Ryu Jujutsu. He and his wife are major collectors of fine craft art, especially in the wood medium and he is a past-president of the national organization of Collectors of Wood Art. Dr. Bernstein has also served in numerous leadership roles in local community organizations.

Fellow of American College of Gastroenterology